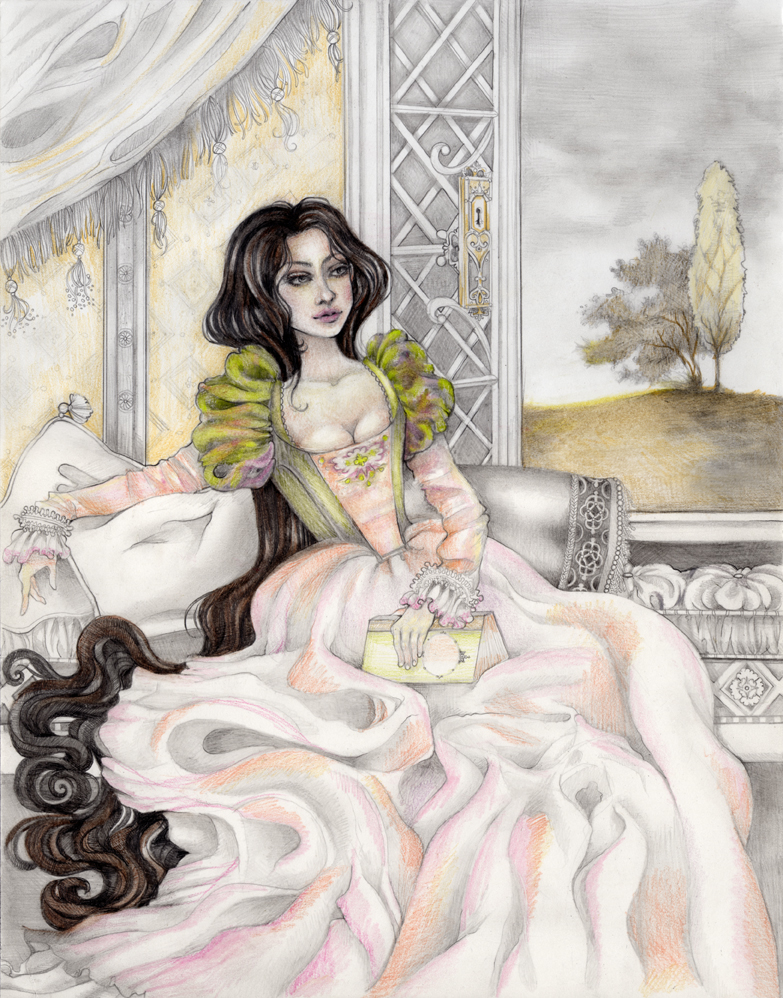 Nope not new, and it’s not blue or borrowed, either. I haven’t posted in a while, not because I don’t want to, but because I am working on some Tudor sketches (which I shall discuss later when they are ready, and not here where I’m feeling compelled to gush about them in an unrelated entry), which should be posted soon. I spent a lot of the weekend coloring.

So I’ve decided in between posting new work that CLEARLY I should be posting old work that’s just sitting around hoping I’ll look at it again. BECAUSE OMIGOSH I HAVE SO MUCH OF IT.

THIS drawing I did in 2010. I never liked how the bottom of her hair came out…it’s too swirly dumb and graphic against the more realistic drapery that I do like. But I forgive it.

2 thoughts on “something old…”